æternity is a smart contract blockchain, which has parallels with Eteherum, Factom and Augur. It’s objective is to combine functionalities which have proven their worth and add others, in order to create a software framework with real world application and use.

Yansilav Malahov (the aeternity founder), Zack Hess (technical lead) and Nikola Stojanow (Director of Strategy & Business development) have answered our questions about the project and the upcoming ICO.

The æternity team wanted to emphasises that  this is not an investment, but a contribution, to the aeternity project.

What has changed in terms of resources, code, testing between ICO phase I and today?

Due to the success of the first phase of our contribution campaign, aeternity was able to find

new technical and general talent, in order to assure the positive development of the project.

Further, aeternity was able to set up new meetup, design and content bounties, resulting in over 25 meetups worldwide, great new content and new designs, since the end of the first phase of the aeternity contribution campaign.

Further aeternity is in the process of establishing a Liechtenstein-based foundation, which will be benefiting the development of the aeternity blockchain and open-source projects in general. As soon as the foundation is finalized, aeternity will start an incubation program, in order to positively drive new projects, offer educational possibilities and encourage people to build applications on top of aeternity and open-source software.

Aeternity has also been provisionally appointment to the ‘Research and Technical Advisory’ (RATA) to provide technical input to the interoperable smart contract standards being developed by the Hong Kong-based Belt and Road Blockchain Consortium, in order to improve the global Supply Chain Management.

The Aeternity whitepaper refers to the term nonce. Can you explain this term?

A “nonce” is a changing number. Nonces are involved with mining, the nonce field gives needed entropy to take mining possible. Account a have nonces, they get incremented with every transaction, that way old transactions cannot get reused.

Channels have nonces. The channel nonce get some incremented every time the channel state is updated. This make sure it impossible to re-use old channel stages from history.

The white paper states that accounts need to pay a small fee for them to be open. Does this mean that AE Token holders will have to pay fees to hold the AE Token?

In order to open a state-channel, users will have to pay a small amount of AE Token. After that, users will be able to infinitely transact, until the two parties settle and close the state channel. This has nothing to do with the actual wallet, for which users will not have to pay any fees, in order to hold their AE Token in the AE wallet. Everyone who has an account for holding AE pays the small fee on every block.

How much tokens will be reserved for developers, and will they be locked?

17% of the AE Tokens, are reserved for Aeternity Establishment, for funding operations,

disbursement of grants to developers, education and further research and community outreach.

Allocation to Aeternity core team members is time locked and will be released over 2 years period to incentivise their long term involvement. We are currently in the process of setting up a new incubator in Sofia, Bulgaria and Kyiv, Ukraine, creating a nurturing basis for new projects to be built on top of aeternity. Aeternity is actively looking for new talent. The selection process for talent is at a high standard, assuring that only the most skilled people are involved in the aeternity project. Finding new technical talent is a priority and aeternity is looking to facilitate new developers.

Aeternity is a smart contract network with two planned key advantages channels and oracles. Are channels similar to side chains?

Aeternity state channels are simplified versions of side chains, with only 2 participants. This means that the actual transactions are not being executed on-chain, giving aeternity’s features an advantage, compared to other blockchains like Bitcoin, or Ethereum. Aeternity decided to innovate the current way of transactions, allowing infinite scalability, only limited by the bandwidth between two parties.

Can you tell us which functions make aeternity different from other smart contract networks?

aeternity is a smart contract platform which can be used for example for financial instruments, like financial derivatives. Channels let us support smart contracts at higher scale.

Will ETH smart contracts be executable on aeternity?

No, this will not be a possibility, as aeternity is not build on ethereum, but a new blockchain, build from scratch.

In what language are aeternity contracts coded?

The aeternity technical lead, Zack Hess, wrote 3 different compilers for our virtual machine. One isn’t forth like, two are lisp like. The vm use some functions instead of goto’s. The functions can be recursive. The functions are set up as a merkelized abstract syntax tree (MAST), so you only publish the parts of the contract that get executed.

Can aeternity oracles be consulted by other smart contracts outside of the aeternity eco system?

Nodes will have diverse functions in the network, what are the requirements of host a

You can adjust how much of the state your node keeps track of, so even a raspberry pie should be enough for a minimal full node.

Will oracles have a GUI interface ?

Eventually they will have a GUI interface, but it doesn’t exist yet, so we are working on that.

The white paper discuss Oracles in terms of yes/no questions. What about numerical questions?

You can encode any data in binary. Then each bit of the binary becomes a yes-no question.

When will the second phase of the ICO start?

The second phase of the aeternity contribution campaign will be commencing on the 29th of May, 2017, at 1305 GMT.

For the first 24 hours, contributors, will be able to get a bonus, resulting in 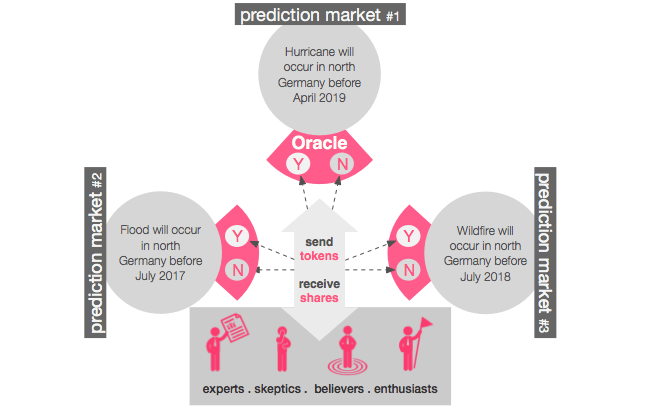 Yes, the token will be migrated to the aeternity blockchain with the launch of the mainnet.

How many AEternity token will be in circulation?

As we have set a cap for the second phase at 21 million CHF, depending on what time people will contribute to the contribution campaign, this will be defining how many AE Token will be created after the finish of the second phase.

17% of AE Token will be held by the team and foundation, 82% will be in circulation and 1% will be randomly distributed to addresses that have contributed in ETH or BTC.

Would you like to add anything to the above?

We would like to emphasise that the United States will be excluded from the opportunity to contribute to the aeternity contribution campaign, due to legal uncertainties.

aeternity is looking to innovate the blockchain space with ‘Scalable smart contracts interfacing with real world data’ and with the improvements compared to Ethereum that we are introducing in our project, we are certain that we have the opportunity to succeed with our mission!

We thank Nikola Stojanow for the interview.

Better Safe Than Sorry: How High-profile Hacks Are Stimulating Insurance For...

Benefits Of Employee Motivation For Your Startup And How To Do...