Aragon is a suite of core modules being built to create and manage organisations. These modules are powerful because they harness the power of Ethereum Smart contracts and making them easy to use. When using Aragon organisations can focus on their core mission, rather than the supporting activities. They can achieve this because the modules will be smart and efficient reducing the time needed to manage administration, staff communication, salaries and even disputes with other organisations. The core modules will be able to connect with third party modules which can bring in added functionality. The Aragon ecosystem itself has a decentralised organisation, the token holders can steer the project in the direction where they collectively decide most opportunities abound. Luis Cende Project Lead at Aragon, has shared troves of information on Aragon.

What was the source of inspiration for your idea?

Of course, getting into the Bitcoin scene in 2012, I had thought of the concept before.

But months before, with the goal of being a better CEO, I digged in to really understand the why behind companies. I read Ronald Coase’s The Nature of the Firm, and later an interesting follow up called Coase’s Penguin. This was what really triggered something in my brain.

Then during October and November the world was kind of falling down (with Trump’s victory etc.) so the idea that a decentralized way for people to organize started to seem kind of obvious. Multiple things happened at once, and everything pointed us in this direction.

How did you go about designing the Aragon system, on what basis did you create this system the way you did?

Well, for the first spec of the product, it was kind of a dependency graph. What are the basic things you need to organize a company? Turned out you need identity in order to build ownership, etc. I’m very proud of that first approach. The whole backend (meaning the architecture and the contract) for it has changed a couple times since then, but the core modular, dependency-based approach is still going on.

Who is the target customer for the Aragon System NGOs, the grocery shop down the road, decentralised organisations?

We mean decentralized because you don’t need any intermediary to run it. However, it can have any management structure—it’s just owned by the organization itself, not by a random intermediary.

What are the core modules of the Aragon system?

Right now it consists of:

Will there be a testnet for organisations to test out the Aragon system?

Yes! It’s running on Kovan and Ropsten. More than 2.5k test organizations have been created to date!

Will the Aragon system interact with any e-government services?

Probably. In the future, the dream is that you can plug your company to any digital or physical jurisdiction that satisfies your needs, pay them for their services, and that’s it. We’re talking to a couple govs to see if that’s something that could happen in the future.

For which jurisdiction are Aragon organisations designed for? 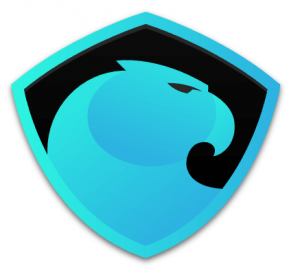 For no one! Although we’re working on creating our own decentralized jurisdiction, the Aragon Network, and obviously Aragon organizations will be super efficient there, since we’re able to tweak every single parameter of it.

Yes. It’s so meta. For example, let’s say you own an island. You can create your own community (a DAO), which is subscribed to the Aragon Network (another DAO) and has multiple families on it (more DAOs). It can get as meta as you want to!

Can organisations backup their Aragon data and can they use it in traditional office products?

it’s automatically backed up, since it’s on Ethereum. Regarding traditional office products, yeah, totally. Aragon is not an office suite and it doesn’t put any restriction on that.

What does it entail to close an Aragon organisation?

The UI doesn’t really have a kill switch yet, so you can’t easily do that right now 😛

Are tokens of organisations created within Aragon securities or tokens?

Depends on the token you’re issuing, as it happens with any blockchain token. We are not giving any legal advise, but I encourage people to read about the Howey test.

What will it cost to run an Aragon organisation per month or per year? When actions on the Aragon platform require aragon coin to be used?

We don’t have any fee for running Aragon orgs. So you have to pay the transaction gas, and that’s it. You will be able to opt in into the Aragon Network, and that will have a cost for you to benefit from its services (code upgradeability mechanism, decentralized court…). That fee will be decided by the Aragon Network Token (ANT) holders. ANT is the governance token for the Aragon Network, and will also be used for interacting inside the Network.

When will the Aragon ecosystem system go live?

Aragon Core will be ready this year on mainnet, and the Aragon Network around Q2 2018.

Will there be mobile apps to support the Aragon organisations – for example to register expenses?

Yes! We are integrating with Status

Will there be a public Aragon token exchange?

We will announce on that soon!

What will be the incentive for the developers to create additional modules in Aragon?

We are working on it, expect news on September!

Do you know of any organisations which are ready up to use the system?

Is all the code open source? 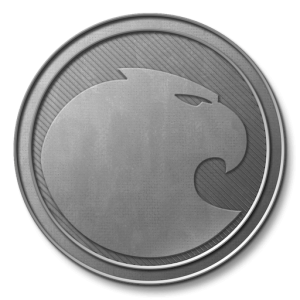 What is a judge? Who can be a judge? What are the pros and cons of being a judge?

A judge will be a person who arbitrates disputes in the decentralized court. Anyone can be a judge. The pros is that you can earn money by arbitrating human disputes, specially if you have some legal background, the cons is that you can lose money if you don’t arbitrate right.

How similar are Aragon and Wings.Ai?

AFAIK Wings is more focused on the fundraising part. We have been talking with them and seeing how they can leverage Aragon for the governance of the projects they help fundraise, it’d be cool!

Would you like to add anything to the above?

Yes! I want to thank the whole community for what was the largest token sale after The DAO. Great power comes with great responsibility, so we’re now heads down on product and hiring to continue making things possible.

Where can interested investors find out more about Aragon?

We thank Luis Cende for the interview.

How To Invest In Scotch Whisky?