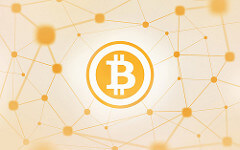 Bitcoin is a decentralised form of private money. It is a public ledger (database), which can be used by anyone to transact coins or money which are called Bitcoins. This ledger is updated in such a way that malicious entries cannot be inserted. The users of Bitcoin all agree on the state of the database.

There will only be 21 million bitcoins and each bitcoin can be divided into 100 million smaller units. The Bitcoin monetary policy is copied from that of mining precious metals. Where some are created every year, but eventually they will run out. See the original Bitcoin Whitepaper

Should you invest in Bitcoin?

That decision is very personal as each of us have different financial goals and risks. There are three main groups of people currently investing in Bitcoin. The tech heads are fascinated by the technology and investors are in Bitcoin to make money or protect what they have. The third group is criminals, it is coming to light that this group is much smaller than initially thought.

Is Bitcoin something you should own? You can explore this idea, by considering the pros and cons of Bitcoin investments. How do they apply to your individual situation? Make your own SWAT analysis of Bitcoin.

Bitcoin is made illegal.

Crisis Scenario:
States and their bureaucracy do not look kindly on threats. Bitcoin is a nuisance today, but its power is growing as more people acquire it =, use it and understand. This is the network effect; it makes the decentralised money stronger.  Read more Bitcoin is getting Bigger.

The Economic crisis is a question of when not if, it is the depth of these crises that it is unknown. The deeper the crisis the deeper the search for a safe haven by those most severely hit.

Solutions outside of the system cannot be managed by the system. The system will see this as 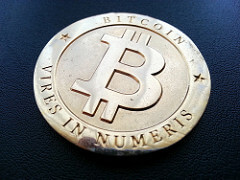 a threat and the full force of the Government will come to anything that falls outside of its control in desperate times.

Governments will try to regain economic strength by keeping funds circulating within their economy rather the leaking to safe havens. Those who disagree with such policies will be breaking the law and their tools and instruments will be made illegal.

Several national governments have hinted and turning their national currencies into centralised digital currencies. Bitcoin will be classified as a competing currency rather than a complementary currency.

Some countries use USD as their de facto national currency, in others USD is readily accepted in most shops. This creates demand for USD and makes it stronger. If the USD losses stability some countries could turn to Bitcoin, something which the USA will probably not like too much.

Conclusion: Is Bitcoin a profitable investment?

Investing: expend money with the expectation of achieving a profit or material result by putting it into financial schemes, shares, or property, or by using it to develop a commercial venture.

Investment: the action or process of investing money for profit or material result.

Is holding Bitcoin is a financial swiss knife. People have different reasons to hold and use Bitcoin, just like any other investment vehicles it is a tool with a certain set of features.

These features have value according to the current and possible future contexts in which people have to live. Is Bitcoin is a worthwhile investment? You can answer this question by thinking what will your country of residence look like in 1/2/10/20 years time.

Still Hesitating? Here is a thought skip the double vanilla coffee, the cigarette or that extra beer and spend that money in Bitcoin. Create a wallet transact with yourself to get a feel for the system.

Looking forward to your comments:

Cryptogirl Brings PvE And PvP To Blockchain Gaming – With A Profitable Payoff For...

How To Invest In Aloe Vera?