What challenge is ClearPoll addressing?

ClearPoll is an exciting new project aiming to address the problem of fake, manipulated or censored public opinion in our media. In recent times, inaccurate public opinion has been used to push certain agendas, and it has been very difficult to know what people really want. ClearPoll will make it easy for everyone with a mobile device to have their say – and their vote is final, secured on the blockchain.

How does ClearPoll turn this challenge into an opportunity?

We intend to create one place for people to visit to have their say on many different issues.

Since it will be very easy for a user to search for what they care about, and vote on it, and then share the results, it will become a social hub and the “go to place” to be heard, and make a difference. Currently, there are limited options for users to vote on a range of issues, and easily navigate and share polls and results. Put simply, there’s a gap in the market for a social platform for people to speak up, in an organised and secure way.

Both directors have extensive experience designing and developing mobile apps. They have apps with over 10 million users. Our team also consists of other experienced software, blockchain, web and app development specialists as well as business development and marketing experts.

Does ClearPoll have a viable product at this time?

ClearPoll is in design and planning stage. In order to fully develop the app, many hours of development and testing will need to happen. We’ve nailed the concept and have a very clear picture of how it will work, and we are raising funds to make it happen.

We are running a Pre-ICO from September 9 until September 26. Then we will run 3 stages of ICO, between October 1st and October 26th. Please see our website for details. Pre-ICO will offer 3,000 POLL tokens per ETH, which is a 33% discount. The discount decreases as each stage of the ICO passes. We wish to raise 1,000 ETH in order to deliver all facets of our product, however we are able to deliver the base product with 500 ETH, so that is our minimum goal.

We require ETH to be sent from a personal Ethereum wallet, so that we can return POLL tokens to that same wallet, once they are generated.

Aside from the discounts during Pre-ICO and ICO stage, we will also be destroying 100 tokens for every poll that completes (once ClearPoll is launched). That, in theory, will drive up the value of existing tokens. On top of this, we are also launching ClearPoll Plus, which is a subscription based service for advanced poll voting metrics. The only way to subscribe to this service is with POLL tokens, creating a strong demand.

What are the ICO dates?

Our PreICO and ICO dates are:

There is no cap on the ICO, due to the marketing budget required for app or social platform launches. The majority of funding after we reach 1,000 ETH will be used for marketing and advertising of ClearPoll.

ClearPoll is a project that bridges the gap between mainstream and the blockchain crowd. Using blockchain technology in the background, users will experience all the benefits of the technology without requiring any blockchain knowledge at all. We’ve received an excellent response to the concept. People want ClearPoll to exist. They are waiting to use it to have their voice heard. We’ll do everything we can to make it happen and we’d love your support to get it done.

What is the use of the token?

Token will be used to pay users who volunteer to be nodes. They will also be used to subscribe to ClearPoll Plus. This will be quite a popular use once ClearPoll starts gaining users. It’s an incredibly valuable marketing tool offering advanced metrics data on poll results, and the only way to use it is by spending POLL tokens.

What is a clearpoll master node?

Token will be used to pay users who volunteer to be nodes. They will also be used to subscribe to ClearPoll Plus. This will be quite a popular use once ClearPoll starts gaining users. It’s an incredibly valuable marketing tool offering advanced metrics data on poll results, and the only way to use it is by spending POLL tokens.

We’re based in Western Australia.

What is are the benefits of ClearPoll plus over other similar marketing suites?

The main benefits of ClearPoll Plus over similar marketing suites would be:

• The very large sample size. We expect ClearPoll to be popular due to its social nature and being “the place to go to have your say”. Being popular means votes from a wide audience, from all regions, across thousands of topics. All of that data will be filterable. Age, gender, fine location, time of vote etc. If the sample size is small (1000 people for example) then it’s not beneficial to filter it down even further. But if 100,000 users from all over the world have voted, you can get an accurate picture of certain groups within those results, and accurate data on what the public opinion is within small regions etc.

• The ease of use and availability. Anyone can subscribe to ClearPoll Plus so long as they have POLL tokens, and using it will be as straight forward as using Google Analytics. It will be a web service, no extra software required.

• The ability to view data over specific time periods. This will allow marketing companies to keep track of brands, campaigns, products etc and pinpoint exactly how, when and why public sentiment has changed. A very valuable marketing tool. Users can search by keyword (for example Pepsi) and view historical poll results which will give an indication of how that brand if going. 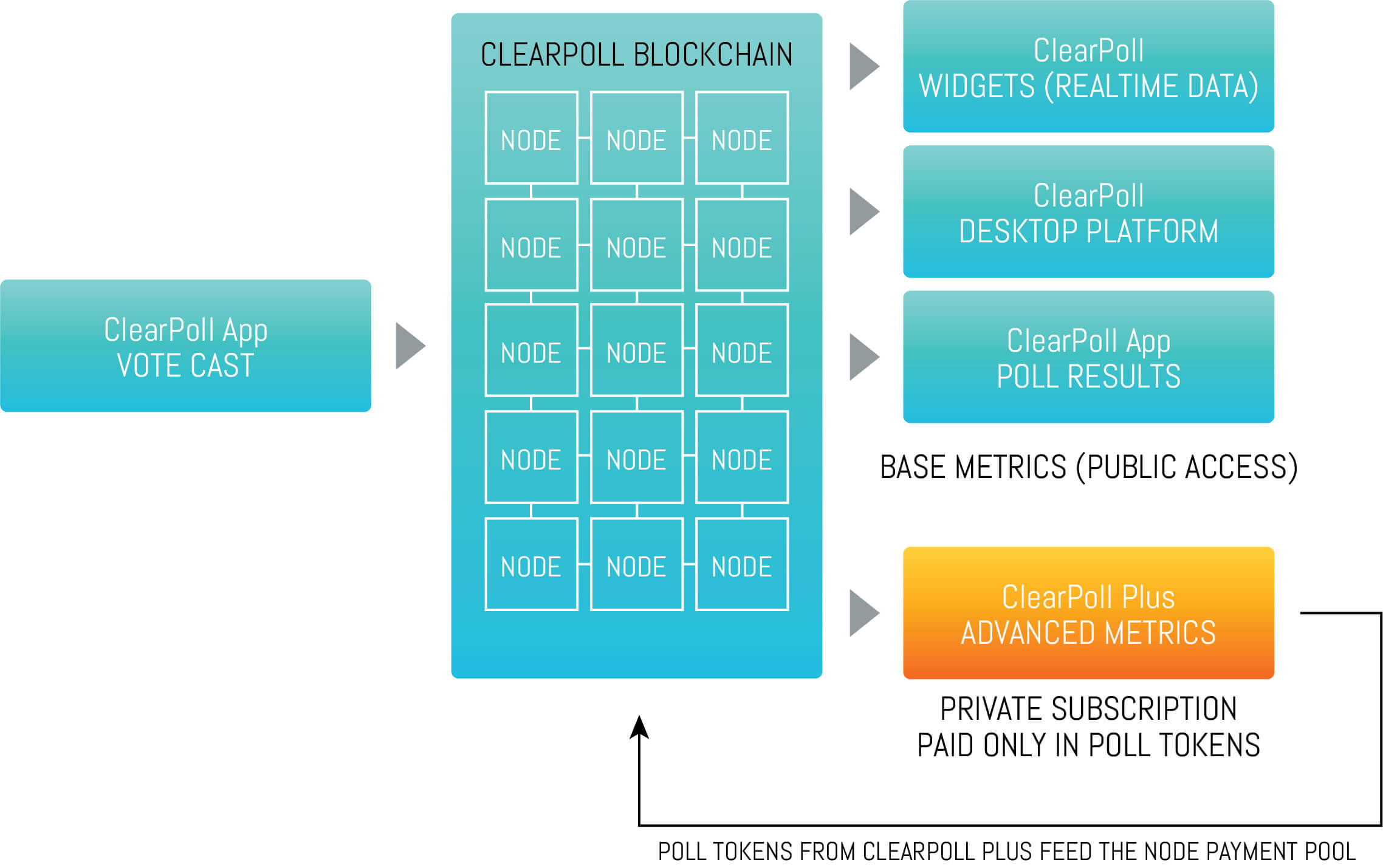 We thank Daniel Abela for the interview.

ExHasta: An Ecosystem For Innovation And Intellectual Property

Taylor: Crypto Trading For Everyone

LLC Or Corporation: Which Entity Is Best For Your Start Up...