Robinhood Coop. is essentially a hedge fund in the form of a cooperative with a few twists. The legal entity managing the fund is a Finnish Cooperative which was created in 2012. As of 12th November, they have 926 Cooperative members. The hedge fund has assets worth $ 397,343 as of December 2016

How does the hedge fund invest

The hedge fund invests through a software program & algorithm called “The parasite”. The basic principle of the parasite is to emulate the best traders on the NYSE. The system can identify the best traders within a set of instruments on the NYSE. The analysis is done through big data mining. It links data such as individual trader profiles per industry, spreads and market sentiment to filter out the best trades at any given point in time. The parasite is an automatic social-trader, when the most successful historic trades put in the same trade, the parasite emulates it.

The Robin Hood Coop will soon move to the Etherum blockchain. This will be the alt coin which will be backed by real stocks. Once the shares of Robinhood coop are tokenized and liquidity increases, one could expect a rise in the prize of the token.

Robin Hood coop, has the noble objective of using part of its profits for specific projects which are selected by the members from all over the world. Given the single, double and even triple-digit price increases of tokens following an ICO, it seems reasonable to see that once these tokens become liquid, there is an opportunity for profits. You can visit them here Robin Hood Coop 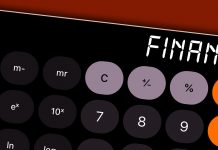 Santiment: The Sonar Of CryptoMarket Sentiment.