Daseron is a decentralized marketplace where everyone sells products or services. Feature is the security system, leaving a user incognito at the checkout and the offer of services.

The problem of the XXI century – cyber-attacks that inflict on the global economy huge financial losses. Over the past few years the vector of computer threats has significantly shifted to targeted attacks, cybercriminals have begun to play a big. Last year the main news about hackers. Indeed, we have entered the era of mass hacker attacks. This is evidenced by the increasing number of attacks and their aggressiveness. Losses from such attacks is growing each year.

What is the scale of this problem?

Attack by hackers on average costs the company $3,79 million more than in 2014, According to the latest well-known research company Lloyd’s of London, last year the economy of the world’s companies lost about $450 billion due to the constant attacks of hackers. As noted in the company, a one-time attack on the cloud service providers and their customers, which leads to a disruption of the work of enterprises, the world economy loses $4.6 billion If we are talking about a major attack, this figure may reach $53.1 billion If the attack lasts long and affects a network of organizations, the damage usually reaches $121,4 billion.

As DASERON plan to solve this problem?

DASERON is a global decentralized and secure information system for selling and sharing of content. The system operates using blockchain technology. The blockchain is a decentralized registry information, and every change remains in the database forever. Information is available to all members of the network, but to read the information on the line is impossible: hash allows you to clearly check, whether the contract was used to create it.

DASERON self-regulating through Artificial Intelligence and intelligent contracts. Data is stored in the database as a “black box” and is not available to decrypt and extract to anyone other than Artificial Intelligence. This allows the system to identify the user, but to keep him incognito for all. User identity is a number of features such as geolocation, phone number, voice, face, also creates a behavioral model based on user preferences. In case of discrepancy between identifiers is locked account.

You can demonstrate the selected team members/consultants who have extensive experience? What is their relationship to this particular project?

The most experienced members of the team I am Aliev Nursultan and Salakhov Rafael. With him we founded a private company for software development. We work mainly on the market of our country.

The process of work is based on contracts with large enterprises of our city and the subsequent development of systems capable of solving their problems. In particular, we implemented the logistics system for chain stores Frunze, an electronic record in some medical schools, electronic journal for private schools Altyn-Tuyun etc.

I have many years of experience developing IT projects. In particular, I am developing a backend based on Java EE and mobile native clients. Salakhov Rafael has experience in design, concept development IT systems, construction of algorithms. To carry out our projects we use a cloud solution Microsoft Azure. We won the tender of this company giving your project to solve their problem. The tender gives you a lifetime subscription with unlimited balance.

Does DASERON have strategic partnerships?

DASERON currently have cooperation with local companies: Ejoo Trade is a large distribution company, Frunze is a chain of supermarkets, ZenSoft company in the industry of computing. These partners will help us with the implementation of the product and bringing it to market.

As a specialist in the field of cyber security, we entered into a contract with Andy Johnson the founder of the company ClearChat. His company specializes in cyber security. What makes him an indispensable adviser in the project.

Do DASERON viable product at this time?

At the moment we are at the stage of project development. Our team has developed part of the project. But for the further development of a large system requires professionals in many areas and most importantly good marketing. To do this, our team decided to hold an ICO

What is the structure of the ICO? (Bonus, date, Market Cap) 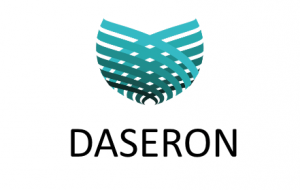 We have only one requirement for participation in the ICO. The currency of the signature is ETH.

What are the pros and cons for holders of markers?

The main advantage of token, the increase in the market value of DSR due to its participation in DASERON. The cost of the token will increase depending on the number of transactions and data stored in the system. The cost will rise to the level of capitalization of the company.

We thank Aliyev Nursultan for the interview.

How Much Will These 10 Low-Risk Masternode Opportunities Net You For 2018?

LocalCoinSwap Review: The Most Most Inclusive Cryptocurrency Marketplace.