Dash has been slipping down the coinmarketcap.com rankings, for some time. New powerful projects are leaping over Dash by billions. They have the advantage of a clear direction, strong management and a solid raison d’etre. Dash is a collective, a decentralised DAO.

The Dash DAO works on a system of proposals. Anyone can create a proposal for a fee, each project should add value to the Dash ecosystem and the network effect should then lift all boats in that Dash economy.

The Dash market cap is below that of NEM, Litecoin, ETH and now even ETC. These projects do not have a treasury proposal system and investors value these projects more than Dash.

Dash has around a $1,000,000 monthly budget to fund proposals. The output from this treasury system is helping Dash stay afloat in the crypto race. Consider this budget is the minimum amount for many of the ICOs that are being launched today. These ICOs are creating. Is Dash a case of too many cooks spoil the broth? 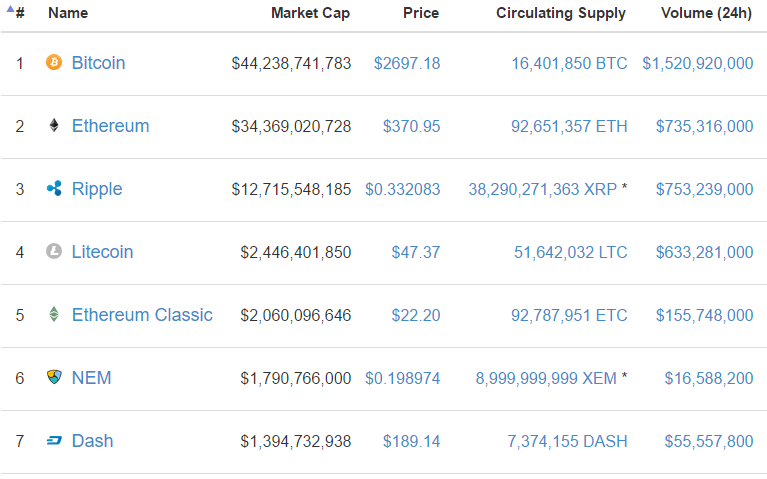 Dash has a central “government” or “bureaucracy” of sorts. The master node owners have paid 1724 Dash in June to the Dash core team. That is a whopping $344,800 at today’s money. My understanding of this organisation is, that it is compromised of a business development department and a technology department.  It is unclear from the funding proposals how much each of the departments gets. How is their performance measured? KPIs (Key performance indicators) are the norm to measure success and progress in most organisations.

Dash proposals are an exchange of Value between the Dash Community and those proposing. If there is not an exchange then it feels more like a tax than a payment for service.

(This is Jim’s vision of Dash)

Let’s take a step back. Let’s keep it simple.
What do most currency users do with the money?

In the last few months, there have been major multi-million ICOs with projects focused on each of these functionalities. The roadmaps delivered MVP (minimum viable products) in under one year and each one of them created communities which saw the projects having an instant following.

An OpenBazaar like system accepting only Dash as a form of payment. Dash should have its own Ebay based on Dash.
Loyalty point system based on both Dash spent and loyalty to the particular store. (Incent raised 1094 BTC in its ICO). With this one time payment the ICO investors will own the Incent network.
Cryptocurrency Debit card:  All charges are in Dash.  Dash deposits, spending and withdrawals are free. (Mona.co ICO collected US$25m)

WeTrust is crpto project developing a ROSCA system for efficient peer to peer saving. Why not create such functionality in an App and base all the transaction on Dash?

There are several BTC lending marketplaces which have proved there is a ready market for both borrowers and lenders in cryptocurrency. BTCPOP being the most popular one.

Furthermore, some of these have implemented systems which make the use of crypto secondary because they use a FIAT equivalent system. The risk of currency fluctuation is borne on the borrower.

A Kickstarter/ Crowd Cube / Seedrs like system. Fund yourself now, are building such a platform. There are many entrepreneurs with energy and ideas, the only thing that is missing is capital. Dash does have the capital. The combination of these two could bring enormous value to the Dash ecosystem.  Such a system could be used to create a framework where many users, not only MN owners vet new projects.  Dash DAO will have passive income streams and Dash Treasury will diversify risk outside of the Dash Ecosystem

A cryptocurrency exchange where the exchange fees are settled in Dash. Dash is traded (up) for free.

Set up a fund to invest the funds in upcoming ICOS. https://blockchainloop.com/

Games which are only based on the Dash currency.  E4Row is a new project which is developing gambling games strictly in Etherum. Why not have a sub DAO do the same for Dash?

Aragon is a platform to facilitate and automate business. It is based on Ethereum. They have created an ERC20 token which allows organisations to focus on their core work,  while the Aragon software facilitates all the non-core work activities. Dash is a currency and currencies are the lifeblood of business. Creating systems which allow businesses that use Dash to flourish should be at the top of the list for Dash.

IMHO the Dash community is not thinking big enough, the lack of good proposals is because the structure for the right incentives to have better proposals is not there. Although it seems there has been some movement on this recently  https://www.dashcentral.org/p/scale-treasury-through-co-ops. One has to think about investing Dash’s fortunes in any single Bureaucracy creating a non-competitive environment for the Dash economy.

Dash has the untapped potential to become an Alphabet or a Berkshire Hathaway focusing on a full financial ecosystem owned in full or in part by the Dash DAO. Each part working hard to extend functionality which attracts more actual users to a currency, rather than just speculators. If the proposals aren’t coming in, then the current Dash “government” should do something about it.

The Dash budget is not there forever, each month it is decreasing and although the trend shows that each Dash is increasing in value, this might not be the case in the future. It is time to act, fast, strong and with determination, this window of opportunity will close. Does the Dash Community want the Dash riches to be mentioned only talked in the history books of crypto?

Dash is not the alone game in town.

The MUE development team has shown an entrepreneurial streak in building a series of applications to serve the needs of the MUE holders examples include: Goldfinger a Poloniex lending app and also an exchange and a gaming portal and a Staking wallet is coming soon.

Previous projects focused around a discount model to MUE holders. Mue will move to an Dash treasury/master node system as of next Sunday 25th June 2017. This will enable MUE to have a number of full-time code and business developers.

New projects that these developers build should be based on a profit sharing basis rather than the discount model which MUE preferred in the past. MUE is setting itself up to be a major rival of Dash.

Crown has a masternode system called Throns. They have radically changed their business model from the previous interview with them here:  Crown Interview. They want to build a decentralised application infrastructure. In preparation to this, they are promising to deliver a new kind of masternode/thron and Treasury model in the coming months. The crew running Crown seem to be business oriented they have just signed a contract with a Czech company which is a step closer to proving that Crown is a commercially proven platform.

BosCoin has completed their ICO in the last months. The blockchain will be launched towards the end of the year. They also have a masternode/treasury system. Part of the ICO proceeds have already been earmarked for the Treasury budget.  Their blog has gone silent after the ICO, this is very much in contrast to Crown and MUE, whose devs are regulars on Twitter and Bitcointalk.

Actions taken today will have ripple effects in the future. What Dash fails to do today will be either because it has not done or others have done faster, more efficiently and better. Will Dash’s become another Kodak or Myspace or will it solidify its position to become the Google of Cryptocurrencies? 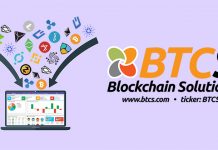 Review Of The Indahash ICO

How To Invest In Avocados?