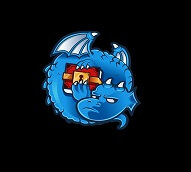 What is Dragon Chain?

DragonChain is a turnkey blockchain platform for business.

What has Dragon Chain been used for?

DragonChain was initially developed in 2015 and over 20 use cases and applications were explored and documented publicly VIA the W3C Blockchain Community Group including identity systems, ticketing, decentralized storage, processing, and computing, and much more. See our use cases. https://dragonchain.github.io/blockchain-use-cases

DragonChain was developed in 2015 and 2016 at Disney’s Seattle offices as the Disney private blockchain.

Who are the key competitors of Dragon Chain?

What edge does Dragon chain have when compared to other competing BlockChains?

What is the utility of the Dragon Chain token? 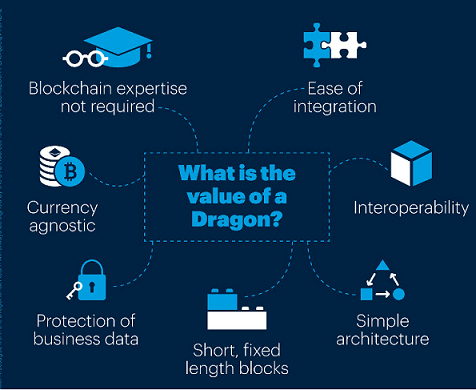 What is the role of nodes in Dragon Chain?

The user can control level of decentralization of business nodes. The main incentive is in L1 to run smart contracts for their business, however, regarding L2-L5, it’s either to improve their own security or to compete with other nodes to provide that security for the rest of the network.

What is the ICO price of dragon coins?

The price of Dragons will be set by the market and tokens will be distributed directly proportional to the amount contributed. For example, if you contribute 1 BTC and the total raised during the crowdsale is 10 BTC, you would receive 1/10th of the tokens allotted for the public sale.

What are the start and end dates of the ICO?

What are the economics of the coin?

Dragonchain has a fixed supply of Dragons and is theoretically neither inflationary or deflationary. In real life though, users can be expected to lose their Dragons so it will likely be somewhat deflationary.

We do have a solution to that loss, but could not include it in the model due to legal and regulatory reasons. We expect to offer that capability in a sidechain built atop Dragonchain in the future.

We thank Joe Roets for the interview