EOS is a decentralised blockchain technology which will create the environment for ideas to flourish into uncensorable worldwide applications. EOS is a decentralised/shared worldwide operating system. Each EOS token holder i.e. the user of this “OS” will have an account with rights to storage, computation and bandwidth resources. These resources will be equivalent to the EOS tokens held.

EOS is designed to be invisible to the end user (unlike Ethereum). There will be no need to interact with a smart contract or a wallet to use apps hosted on EOS.

EOS Developers will have access to structured and scalable resources which will allow them to develop global applications similar in scale to Google or Facebook in a simplified manner. Just like an OS hides the complexity of dealing with the processors in 1s and 0s, EOS developers will not have to deal with the challenges of creating scalable apps.

Dan Larimer, Block.one and the ICO

The EOS software is open source, you can find it on Github LINK. Block.one is a for-profit organisation registered in the Cayman Islands. The contributions EOS “investors” make to the ICO are revenue for Block.one, they do not represent a share in Block.one or any promise that the EOS software will be created, launched or maintained.

The reasons to adopt such policies is otherwise EOS could be classified as a security.

Block.one will not launch the genesis block of EOS, they will entrust this to the vested interests holding the ERC20 EOS token, after the launch, there should will/could be a mechanism to change these ERC20 tokens to EOS tokens.

EOS ERC20 token holders are in no man’s land. On the one hand, they are buying nothing on the other EOS is a very interesting opportunity and the EOS ICO provides an opportunity to potentially buy in early and low. There is definitely something of a leap of faith when buying these EOS ERC20 tokens.

Block.one is owned by Brendan Blumer and Dan Larimer. Dan Larimer is the primary developer of EOS, along with another 26 core developers which are being helped by many others to develop this project. He has already built 2 impressive systems: Bitshares and Steemit . Dan has left these projects in order to build EOS. Eos will benefit from all the experience Dan has building these two systems. He claims that he looks to contribute to EOS for the foreseeable future.

Dan Larimer, explains his motivations to create EOS as the pursuit of Life, Liberty and the protection of property rights. Today, he is rich enough and more money will not change his life – his end game is not to get richer. He is motivated to change peoples live for the better and to create a world worth living in for his children.

The ICO is being held over a 341 day period, several 100 million has been collected so far and this ICO could reach over a billion until it ends on the DATE. This setup will increase a wider adoption and will allow people with a paycheck to invest something every month.

The worldwide operating system called EOS, will be run on 21 datacenters. These datacenters are the miners; i.e the EOS block producers. These are very Similar to Bitcoin and Ethereum miners, however instead of just working to solve computational problems to create the next block they will offer more tangible services such as processing power, storage, bandwidth and the ability to host decentralised applications.

EOS Miners or block producers are commercial scale datacenters of which there will be 21 choosen at the start of every round. A round includes the production of 21 blocks.

Their incentive to offer the EOS coin owners the services of the EOS operating system is the right to product EOS blocks and earn the block reward. They will earn EOS for their services.

Unlike Bitcoin, decisions in EOS are not determined by the miners but by those holding EOS coins. This separation of powers allows EOS to go in the direction of the users rather those earning revenue from the current system.

Dan, explains that it is not the strongest systems that survive but the most adaptable, giving power to the users ensures more flexibility than having the power in the hands of the block producers which have an interest to maintain the system stable.

The 21 block producers will be spread around the world making EOS a decentralised and censorship resistant platform to host data, apps and smart contracts.

EOS will act like an operating system with very strong security between applications and user accounts. This will create symbiosis between the applications, as they can access each other’s data securely but with the benefit of operating in the same structure.

Consider how Google has created Google Search, Google Drive, Google Plus and many other systems which are integrated. EOS has the potential to do create such an ecosystem, however, rather than centralised it will have a competitive internal ecosystem that will lift the best apps and cancel out the useless ones.

EOS applications can very easily share databases and messages between each other. Just as Word can open an Excel document and an excel document can be saved to pdf and then opened by adobe.

Those who manage to corner the market for tier one and tier two services will have a quasi monopoly on the EOS ecosystem. Just like google mail today has on the google system.

This structure will make EOS a semi-closed but valuable ecosystem. A one stop shop for all your internet services. It will be sticky for users, and in all likelihood EOS based apps will become better alternatives than those outside of it.

An EOS statement says
“While advancing the core software, we have also been working with a number of major players in the industry to migrate their platforms to make use of the eos.io software.”

Some Key difference between EOS and traditional blockchains

There is no form of private key recovery on most current Blockchains. If an ETH private key is lost it’s permanently gone into the abyss. Dan, has hinted that this will not be the case for EOS.

There is much more to EOS than what I have described such as how EOS will manage with forks, EOS sequential and parallel processing, EOS asynchronous communication with other blockchains and how the blockchain itself can be upgraded in a structured way.

EOS is less decentralised than other cryptocurrency projects because it is dependent on the 21 block producers for each round. EOS has been designed that these block producers are commercial scale data centers which high computational power and storage, rather than home PCs.

If EOS does get off the ground it will have an impact on the whole crypto ecosystem. EOS is inflationary so probably, it will not be looked upon as a store of value; EOS is not a threat to Bitcoin.

However EOS is a threat to many other Blockchain projects including Aternity, Ethereum, Golem, Elastic,, Sonm, Storj, Factom, Ark to name just a few. These services can be recreated on EOS and they will have the added value to be part of the EOS ecosystem and its network effect.

EOS token holders, will have have a claim on the resources of this decentralised operating systems. There will probably be services where EOs tokens can be leased out to third parties in exchange of a fee, while these third parties can consume the OS resources. There will probably be services where you can lease out your coins so others can use this processing power for a fee. Another use for EOS tokens could be; applications needing hosting space could ask their users to stake their EOS as a form of payment.

EOS is definitely a blockchain project to keep an eye on. 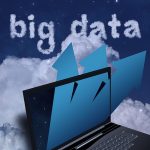 Reasons Your Startup Should Switch To Cloud Storage Immediately

Cloud storage, which is off-site storage maintained by third-parties, has caught on over the last decade. It is not hard to see why many...

Viva: An New Economic And Social Paradigm Powered By Crypto.