Interview with the Flypme development team

Flyp.me is the instant accountless exchange that doesn’t require any registration, email or ID verification: only the user’s crypto address.

The exchange is fully working with 14 cryptocurrencies. It is very easy to use, fast, private and secure.

With Flyp.me, anyone can instantly exchange 14 cryptocurrencies straight to their wallet. Private by design, users are always in control of their data.

Flyp.me aims to rebalance the power between users of an exchange and the exchange itself, by sharing 50% of the profits made by the exchange and implementing distributed policy-making to enable token holders to propose new features or coin additions, vote for key decisions and audit volumes.

Flyp.me has also released an API that already enables businesses and developers to accept payments in 14 cryptocurrencies, with many more in the next few months

Yes, Flyp.me is in the process of adding support for ERC20 tokens as well as other cryptocurrencies. An announcement is coming very soon.

How is Flyp.me different from Bitfinex and Poloniex and why do these differences matter?

Flyp.me is an accountless exchange meaning that it doesn’t require any registration, email or ID verification. This is very different from using Bitfinex and Polionex.

Flyp.me gives several benefits to FYP Token owners including 50% share of the profits generated by the exchange, the ability to propose new features or coin additions, vote for key decisions and audit volumes.

The growing number of entry-level users acquiring crypto is in need of exchange services which don’t require a medium to high level of technical knowledge. Flyp.me does that by providing an interface that is very easy to use, fast, private and secure. Also, Flyp.me doesn’t control the private keys drastically reducing the trust needed. The Flyp.me exchange is designed for those users who are conscious about their privacy, value the security of their funds and want to exchange their crypto fast straight to their wallet.

To perform an exchange, Flyp.me’s users only need the crypto address where to send the fund once they have been exchanged.

How will Flyp.me increase its user base?

In the whitepaper, we outline how the funds raised during the ICO will be used to increase volumes and profits, improve the Flyp.me community and its governance and R&D in bleeding edge technology. We believe a combination of these activities will help us increase the user base.

Marketing, business development and strategic partnerships will be key to increase adoption. In particular, through the Flyp.me API businesses and developers are already able to accept payments in all cryptocurrencies provided by the exchange. API integrations have started and will increase volumes.

Also, exchange rates will be an important factor to fine tune.

What is the relationship between flyp.me and Holy Transaction?

Flyp.me is built and managed by the current team at HolyTransaction, the first multicurrency web wallet, one of the first web wallets to support Ethereum and the oldest still active.

Currently 6 of us work at Flyp.me full-time and others are contracted part-time, when and if needed. Flyp.me has a strong technical team that has been in this space since the beginning. Also, joining the team we have professionals who come from different backgrounds to help us improve and expand.

Will Flyp.me have an API, to allow automated transactions?

Flyp.me has built a permissionless API to enable businesses and developers anywhere to integrate Flyp.me with services such as e-commerce sites, multicurrency wallets, brick and mortar points of sale, crypto startups at ICO stage and crypto-specific media. API integrations have already started to allow anyone to accept payments with all cryptocurrencies supported by Flyp.me

For example, HelperBit is integrating the API to allow donations to NGOs.

The Flyp.me team believes in the freedom to explore new technologies without seeking prior approval and by providing a permissionless API allows not only faster implementation but also experimentation and permissionless innovation.

Following the ICO, the team will implement modules for popular coding languages to enable developers to build applications using the programming language of their choice.

What are the fees to use flyp.me? 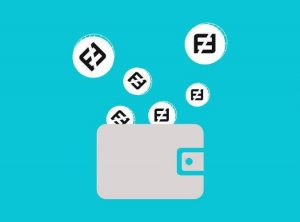 reserve funds for the currency pair chosen. There are also trading pairs that are only offered by Flyp.me.

Exchange rates are competitive and will be voted by FYP Token owners, following the ICO.

This is important to find the optimum balance between driving the adoption of Flyp.me and maximizing the generation of profits for token holders.

What are the benefits of the token holders?

FYP Token owners receive several benefits including 50% share of the profits generated by the exchange, the ability to propose new features and coin additions, vote for key decisions and audit volumes.

Flyp.me envisage implementing state of the art cryptographic auditing methods to provide maximum transparency and accountability. These include proof of reserves, volumes and profits

How much was contributed so far?

What is the price of a Flyp.me Token (FYP) during the ICO?

Will users need to interact with a smart contract for the dividends to be paid, or will the distribution be done automatically?

Following the first two payouts, FYP Token owners will be asked to vote on the timing and mechanics of the payouts. In this way, the needs of the community will be included in the parameters of the smart contract.

Xaurum Review: The Digital Asset With A Growing Gold Base

Investing In Bitcoin And Altcoins With Tone Vays