Today I had the pleasure of interviewing one of the F.I.R.E movement pioneers, Jason Fieber AKA ‘Mr Free at 33’.  Unlike most people, Jason was able to figure out a way to beat the system by achieving financial freedom and retiring from his day job at a car dealership at the very young age of 33. He went from being broke and $20,000 in debt to build an investment portfolio of 100+ companies which yields about $13,000 in profits annually. Now he lives in Chiang Mai, Thailand, and spends his time blogging and coaching others on gaining financial independence in just 5 years and retiring early. He wrote all about the steps to achieving this in his book 5 Steps To Retire In 5 Years 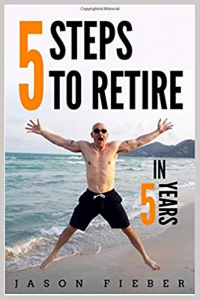 His blog MrFreeat33 gives a ton of insight into the F.I.R.E community and his articles can be seen on big time media outlets like Business Insider, CNBC, Yahoo Finance, Market Watch, USA Today and others

Jason spoke at length about the F.I.R.E movement, the moment he realized he needed to keep his finances in check and steps on how he achieved that in just six years.

‘I found myself unemployed, unhappy, broke, college dropout and I wasn’t empowered or have any control over my life…”

He continued to add:

Before embarking on the F.I.R.E movement, he was working at a car dealership and earning between $40,000 to $60,000 annually. He started saving up to 50 percent of his income and by cutting down on his spending habits, soon he was able to save around 70 percent of his annual income.

Growing up as an orphan

Although so far, Jason has achieved a lot more than most of his peer, however, he never dreamt of accomplishing all this as his upbringing was rough. As a kid, his mum died and his father left which led him into the hands of his foster parents. He had to rely on himself most of the time while growing up and dissociate from his family.

When talking about his support system while trying to F.I.R.E, he stated that he did not really get any support from his family or friends. Instead, he was constantly mocked by his colleagues on his newly acquired frugal lifestyle.

“When you start changing your life and start doing things dramatically different, most people aren’t going to understand that and it’s hard to support something you don’t really understand”

Even his best friend did not really show a lot of support. “People are funny,…” he said and described the people around him to having the ‘crab mentality’ in which if crabs are kept in a bucket, if one crab tries to climb out, then others try to drag him back in.

“I found out that a lot of people in my personal life had that mentality where if they can’t have it, neither can I”

This added more ‘fuel to his fire’ he said, and made him more determined to prove them wrong by attaining his goals. He mentioned eating ramen noodles for a year straight as one of the ways he cut back on spendings while trying to adjust to his new lifestyle and managed to save almost 60% of his income.

As a loyal follower of Warren Buffett, Mr. Fieber believes one must only take on investments in companies they are able and willing to share their growing profits and have the interest of shareholders at heart. 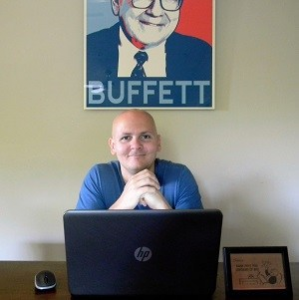 He continued to say:

Jason emphasized that the only type of investments he does, has been doing and will continue to use is ‘’Dividend Growing Investing’’. Just like Buffett, he only invests in companies that socially responsible like Coca-cola, Apple, whose products are always in demand. His portfolio includes many such companies. The goal is to make sure you have enough growing dividend that can cover your essential bills -housing, food and transportation, and that means you are free to do what you want and not have to depend on a paycheck anymore.

He explained the pros and cons of Index Funds and Individual Stocks and why he prefers one over the other. – Here

Coaching And Life In Thailand

Since FIRING, Jason keeps himself occupied by writing and giving coaching lessons to those aiming at retiring early to helps them achieve that in 5 years. He stated that most people cannot imagine their lives without the security gotten from a traditional job salary which he holds a different view to this.

“there is nothing secure about a paycheck at all, it’s only secure in so far as you have that job and the moment they decide that you are not relevant because you are always expendable as an employee, the moment they realize they don’t need you anymore, you very quickly realize that paycheck isn’t secure at all”

He talked about the importance of figuring out what makes a person happy and having a plan before retiring as you can get depressed by having a lot of free time and nothing to do. Adding that no successful person just lays on the beach all day without a plan for the rest of his life.

He likes to ask clients:

”what would you do with an unlimited amount of money? If someone gave you a blank check and said, spend whatever you want for the rest of your life and never have to worry about money ever again, what would you do every day? When would you wake up? Where would you live? Who would you spend your time with? What projects would you work on?”

Jason had a lot more to say about his nomadic lifestyle and experiences in Thailand. He dropped practical tips on how to manage an investment portfolio, gave hacks on savings, how to calculate taxes and avoid the gigantic healthcare system while making money from insurance.

“If you are a single earner, you can make over $40,000 a year in qualified dividend income and after you factor in your deduction and drop your income down, you’ll be under the 15% threshold and pay $0 in Federal Income Tax, State Income Tax…”

All throughout the interview, Jason gave a lot of insights into F.I.R.E and how to navigate through successfully. He recommended the top three books to read and why? He opened up about his childhood, estranged family, relationship status and a lot more – Here So check out his blog Mrfreeat33 for more savings and investment strategies as you aim at gaining financial freedom and early retirement.

ExHasta: An Ecosystem For Innovation And Intellectual Property 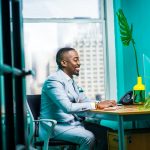