Internet of coins is a decentralised cryptocurrency exchange. Thier ICO (initial coin offering) is currently open. In this interview Joachim de Koning, the founder has explained many important details of this project.

How will the cryptosphere improve once your system is online?

Internet of Coins makes deterministic wallets available for just about any cryptocurrency. The cryptosphere will be improved by making it possible for anyone to add their coin to the decentralized markets, and trading that coin using the IoC swap system.

What happens when the ICO funds run out?

We have been developing Internet of Coins for two years on a near-zero budget, and will continue developing IoC even if funding runs out. However, currently our team is exploring business possibilities for long-term sustainability and build products on top of the Internet of
Coins environment.

Is the internet of coins only function to exchange, what else is being proposed?

Some might link the Hybrid asset and the functions of Ripple, how
similar are the two?

Ripple is a strongly federated system, while Internet of Coins uses swarm transactions for swaps, which is more decentralized.

Internet of coins is designed to have complete decentralization, what are 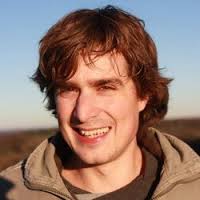 the most centralized modules of the system and how will they eventually become decentralized?

Currently the most centralized module is the blockexplorer source module. It takes information from block explorer API’s and converts it into a standard format for internal dataprocessing. We would like to decentralize this module further by making it possible for users to run their own blockexplorer more easily.

What will be the procedure to create a new market? Who will have the tools to do so and/or make the decisions on this?

Any asset of market can be added to Internet of Coins by node operators themselves. This is simply done by creating a recipe for it, which is a small file describing the settings and connections the node has to make to use it.

How easy will it be to become an allocator, will there be a GUI interface?

We already have a GUI interface in alpha testing. Becoming an allocator should be as easy as clicking a few buttons.

How safe are allocators assets, is there a risk they might loose their coins, what are the mitigation measures?

If an allocator runs his/her own node, their assets are perfectly safe, and only stored deterministically by the node. If not, an allocator currently still has to trust the node operator. We are looking into methods to store allocated assets in swarms permanently, to mitigate the
risk of node operators trying to steal funds.

Where will the internet of coins application/s be hosted?

What will be the incentive of those hosting a node?

Security when allocating, and fees from allocating.

Does just running the Daemon by itself without being an allocator earn fees?

At this moment, no.

Is there a need for Hybrid allocators as well?

Yes, there will be a need for HYBRID allocators to increase the amount of liquidity on the decentralized exchanges.

Will the daemon run in a browser or desktop app on windows/mac/Linux?

The daemon can run on Windows, Mac, Linux and Android. Preferably it should be run on a system that also hosts blockchain daemons, since that would make the cryptosphere  stronger.

Will the traders be able to chat?

Once a trade is launched can it be cancelled?

Yes, however, only under strict circumstances. It cannot be cancelled when transactions have been completed on the cryptocurrency blockchain.

How long does a trade take to complete? Does it need to wait until the block time and how many confirmations after that?

The slowest blockchain defines the least amount of time a swap takes to complete.

Each currency pair, will entail the creation of a new market. Each new market means that 1,000,000 hybrid will be created.

Not necessarily. A lot of cryptocurrency markets are compatible enough that an atomic swap can be used. In this case conversion via HYBRID tokens is not necessary, although they could be used as collateral to insure the transaction process. We are still testing and designing this. 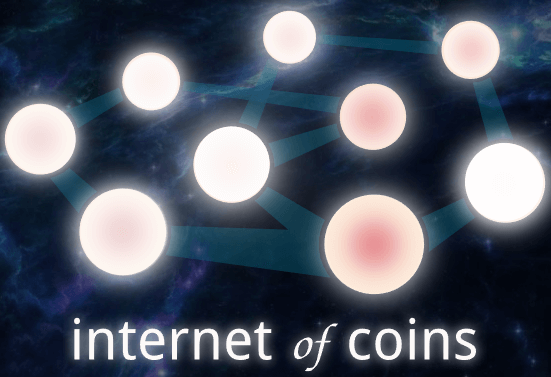 Can Hybrids move from one ecosystem to another? Doesn’t this create inflation for the Hybrid coin? By working on the haystack method of exchange, tt seems that the objective of the internet of coins is to expand the currency pairs to a great extent beyond the current 7.

It is possible for HYBRID tokens to swap between one ecosystem and the other. We may want to include other chains beyond the 7, however, at that time we will explore a proper way to do this without causing inflation. This means either adding value externally, or performing a
proof-of-burn.

Is an API for the internet of coins part of the road map, would some kind of smart contract system be able to interact with this API?

Definitely. Currently we have an API already in development, and smart contracts can already interact with it.

There is a race on for having the most efficient exchange. ShapeShift, Supernet, Blocknet and ExScudo are all coming up with ways to make exchanging coins better in their own way. What are the key performance indicators of a cryptocurrency exchange market?

Speed of transactions, amount of liquidity, fungibility of both assets, amount of decentralization and security.

If Bitcoin goes up by 30%  by the time the system is launched, will Hybrids need to increase by 30% in order to maintain their value?

Short answer: no. The value of HYBRID is not directly tied to the value of Bitcoin.

HYBRID tokens have a value separate from Bitcoin, Ethereum, and the other chains the token runs on. We will not artificially pump the price to maintain value parity with Bitcoin, and will leave it to the market to decide what HYBRID is worth.

During the crowdfund, the value of HYBRID is scheduled to go from $1 per unit to $2 per unit, and we intend to open trading on the decentralized exchanges at $2 per unit. For early participants, this means a maximum appreciation of 100%.

What the price will do once we hit the market is impossible to predict at this time, since there have been no hybrid assets previously unleashed on the market.

We have a realistic roadmap for development, and will stick to that. With diligence we will work towards implementing all the functions of HYBRID assets for users, thus giving the token a unique position in the market.

It is our hope, of course, that this will be reflected in the price development, and that the price per unit will rise, but there is no way for us to guarantee this.

Do these systems simply address different markets and can co-exist with each other indefinitely?

We believe these systems can co-exist even if they address the same markets. At the same time we see some differences between these exchanges:

Participating in the Crowd Fund is possible until June 20th.

Learn more about the internet of coins:

We thank Joachim de Koning for the interview.

A Growing Economy Under The Radar: Cosplay Is Ready To Be On Blockchain