Each user on the MASS network will have an identity; this identity will store particular preferences of the user associated with it. What has he or she bought? What are they looking for next? Through this data, the MASS network can deploy ads on websites which are targeted to the specific user. This targeting will give the advertisers better bang for their advertising buck and the publishers of content a stream of reliable revenue.

What problem does the MASS network solve?

The mega advertisers of the online world: Google and Facebook mine your personal data through cookies and your browsing history on their sites, in exchange they provide their free services. These companies earn billions of advertising revenue through your data. It is a fair give and take; you have a free search engine and a social network and in turn, advertisers try to entice you for the latest iPhone 10z.

Small publishers publish free content in the hope that they ads that will be placed on their articles convert into $ and they can earn value in return for the long hours they put in researching and writing. However, while the likes of the FB and Google are making billions, most independent websites are struggling.

In addition, users are offering their free data in exchange of a free search engine, free social network, & free email and free messaging services. The users want more and MASS will help them get a slice of the advertising pie.

How does MASS network solve this problem?

The solution being offered by the MASS network is simple:

A browser and plugin which will include:

Users will use the above tools to create an identity with specific characteristics. In turn, websites will know which user is on their site and they will use their crypto-identity to serve the ads that will offer the most value to a particular user.

Advertisers will pay publishers in MASS coin and users will also get a slice of their revenue through MASS coin. Users will attach a mass wallet address to their identity and earn MASS in return for their data and attention.

The milestones for the MASS network:

It is easy for me to cherry pick the problems as the system is not yet online. The white paper has some gaps in terms of explaining the advertiser and webmaster functions and roles in detail.

MASS network is a start-up and shares the uphill battle all start-ups face especially when they are trying to revolutionise a particular sector. The risks are numerous, but the bounty for the initial investors could be tremendous when this project is a success.

How will advertisers use the power of MASS network?

Advertisers can buy data with from a Mass-enabled Data management platform (DMP) only in exchange for MASS coin. This data would allow them to better target adverts. The model is a complete turn around on traditional advert blockers, which block adverts and cookies.  Users will sell their data to the DMP, and in turn, the DMP will sell it on to the advertisers. There must be advertisers willing to buy the data, users willing to sell it for the ecosystem of this network to function.

Research this ICO before making a decision to Invest: ICO of MASS Network

Why Your Startup Needs A Digital Catalog 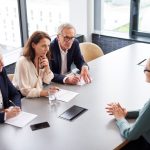