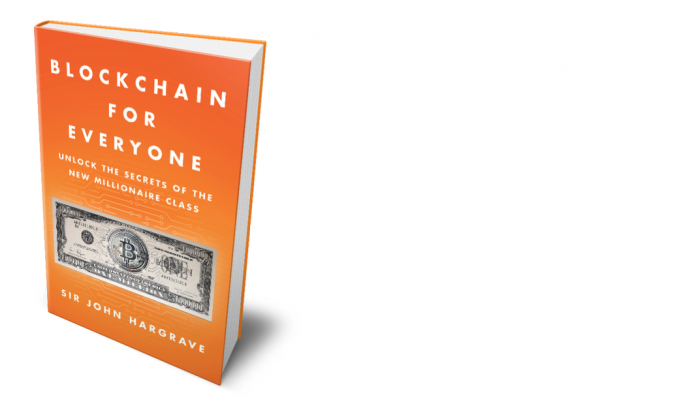 Purchases of the new book BLOCKCHAIN FOR EVERYONE, by Sir John Hargrave, made exclusively on Hargrave’s website blockchainforeveryone.com will be eligible for $25.00 in Dai cryptocurrency, courtesy of Hargrave’s arrangement with Maker and Coinbase.

“This cross-promotion may be the first of its kind in the publishing industry,” said Sir John Hargrave, the author of BLOCKCHAIN FOR EVERYONE. “As the book retails for about $25.00, it’s essentially like getting the book for free.”

From August 6 to September 15, 2019, buyers of the book can go to blockchainforeveryone.com to receive $25.00 in the Dai stablecoin, pre-loaded into a Coinbase wallet. “Our goal is to get crypto into the wallets of as many people as possible,” Sir John explained. “That’s what the book title means: BLOCKCHAIN FOR EVERYONE.”

In an interview at the Boston headquarters of Media Shower, the blockchain media company where he serves as CEO, Sir John recounted the six-month story of the Dai deal. “Our initial idea was to include a little bit of bitcoin with each book. It turns out that’s difficult to do.”

The primary issue was that books are a physical item that can be returned to bookstores, where digital currencies are immutable. Booksellers had a concern that people would buy the books, redeem the bitcoin, then return the books. “You can’t return bitcoin,” Sir John pointed out.

He approached Coinbase at a 2018 blockchain conference to find a solution. The timing was right, as the company was looking to drive adoption of its Coinbase Wallet app, which natively supports the Dai stablecoin. A three-way partnership was forged: Coinbase, Maker, and Sir John Hargrave through his book BLOCKCHAIN FOR EVERYONE.

Tales from the Crypto

Sir John is fond of ripping up money.

“Humans are moving from paper to digital,” he says, theatrically ripping up a five dollar bill. “Paper money is a thing of the past. One money for one species. Global money for a global economy.”

In BLOCKCHAIN FOR EVERYONE, Sir John shares his globetrotting adventures in trying to convince people about this new model of money, often ripping up currency to make his point.

An early dot-com millionaire, the first half of the book chronicles Sir John’s rise as a blockchain investor during the great Blockchain Boom of 2017, followed by his stomach-churning losses during the Crypto Winter of 2018. For those who lived through it, it’s a terrific retelling of this time in blockchain history.

Some of the book’s most entertaining moments come from bitcoin skeptics, who he calls the “Dollar Defenders,” as they face off against Sir John and other “Bitcoin Believers.” He chronicles the resistance from SEC regulators, Swiss bankers, and even local Rotary Clubs, as he tries to legitimize bitcoin as a new type of digital money.

Those looking for an exhaustive technical reference would do better with one of the other blockchain books on the market; Sir John actually makes fun of tech wonks in one exchange where he is heckled by a programmer who just wants to talk about hashing algorithms.

“My goal is to make cryptocurrency interesting and fun,” Sir John explained. “I want this book to get the entire world investing in bitcoin and altcoins.” And with $25 in free cryptocurrency for every book sold, exclusively on blockchainforeveryone.com, Sir John is doing his part to bring blockchain to everyone. 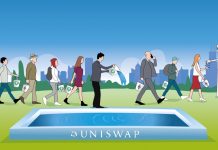 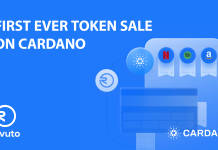 How To Invest In Scotch Whisky?

How To Buy And Store Gold Bullion In Ireland.