Monetary Unit or MUE is altcoin (cryptocurrency) with an interesting attitude, they have taken bold decisions from day one. MUE Team has adopted a very different stance compared to other crypto projects when it comes to their launch, development, marketing and communication. Today we can see the results of these strategic decisions, and they point to success. BizzyB & the MUE team hosted me, Jim Reynolds to showcase their journey, achievements and what’s in store beyond the horizon for MUE.

What are the origins of MUE?
What are the largest changes planned for MUE in the coming weeks / months?
What is the fundamental difference between MUE and other Cryptos?
Why do you think MUE has been under the radar for so long?

There was so much hype and fever at the time with all kinds of crap being released and I just thought, you know what, very little of what is being offered has any longevity in mind.

Yes, they have great roadmaps, and hype and teasers videos etc but it all seemed pretty fake.

So I thought I would offer something that would be unattractive to most of the crypto types at the time.

As I expected, many were put off, so those that did get involved were people who saw the value of what I was offering and could also offer the project value through their input. They have remained staunch supporters to this day.

And so I started the journey, distributing the pre-mine, trying different ideas out, devs & supporters coming and going, people coming and going and things grew and developed.

People who I like and trust help push things forward and MUE seems to finally be getting some attention.

For good or bad, purely our attitude separates us from the rest of the crypto crowd.

A significant reason why MUE has been under the radar for so long is that I think a project should speak for itself.  Those of us involved with MUE think alike, and generally we only announce something when it has happened, or the excitement is too much for me and I can’t keep my mouth shut.  We’ve tried loads of different things, some worked, some didn’t, but we are always looking to keep making forward progress.

2.5+ years of that and people see how committed we are and expect good things from us, and in crypto that is reflected usually in one way, price increase.

We could have thrown a lot more effort into marketing and hype, but honestly, it would have been disingenuous and there would have been repercussions.  We will just keep on doing things how we do them.

Where MUE stands now is in preparation for our migration to an new algo, X11, and the Dash codebase utilising MasterNodes.  It has been an ongoing project, with significant work being done to essentially re-write the Dash wallet.

It’s become apparent that while that work will continue, the development required is still significant, and so we are simplifying things and keeping the migrated code very similar to the Dash fork.  In good time, post migration, we will start integrating the modularised packs into the wallet code, none of which will require hard forks or anything nasty like that.

This is for us a significant, but important stage of the MUE life cycle.  Systems are in place for a smooth migration and coin swap and from there, MonetaryUnit can really start to grow at the speed we’ve wanted to, and things will get extremely interesting.

In the case of MUE what are the pros and cons of the huge pre-mine?

The premine was distributed fairly some years ago.  It was used for faucets, and promotions, giveaways and the like. In January 2015 we held a “mini ICO” and sold 20 million of the pre-mine in a 20 sat sell wall on Bleutrade. This partially paid for our Bittrex listing, Gourl.io integration & coinpayments.net integration.
MUE technicals:

What is the total amount of MUE coins planned for circulation?
What is the rate of emissions? When will the last coin be mined?

Total coin circulation will be 4,000,000,000, down from a current essentially infinite supply.

People balk at the number of coins, until I put that into perspective. Firstly, it will take about 130 years for all coins to be mined. Secondly just look at the current number 4 coin, Ripple.  37 Billion coins. In 130 years MUE will still only have a coin circulation of about 10% of Ripple!

The emission rate is 40 MUE per block and a 40 second block time.

Currently these are offered in-house to our own team, this will change post migration.

MUE plans to adopt a 10% treasury system similar to Dash. Will the master-node holders vote for the best use cases of these funds? Will it only be used for development or also marketing?

Dash has a proven system in place.  We will leverage that track record to guarantee the sustainability of MonetaryUnit.  The budget fund relies on proposals being submitted for peer review and subsequently being voted on for approval by the MasterNode holders.  I see no reason why proposals should be limited to development or marketing, anything goes, and hopefully the intelligence of the crowd will allow them to be fulfilled based on their merits.

Will there be a service to easily host MUE nodes?

Yes, we have developed an in-house system which will offer hosted MasterNodes for just a few dollars per month, but most importantly, has an extremely simple 3 click setup process which takes under a minute!

Can/Will the new features of Dash-Evolution features be integrated into MUE?

Yes.  While initially the new wallet for MUE will very much reflect the Dash wallet, we have been developing a completely modular wallet that would essentially allow us to “plug-in” the features we like from other coins.
I’m not aware this is being done anywhere else in crypto.

MUE has in place several revenue generating projects, what details can you share about these, especially about their expected launch date?

The Goldfinger bot is available right now, and is actively managed by one of our devs swrtse.

The bot relies on 100k MUE being deposited into your Bittrex account, which then allows you to earn money on autopilot using our own in house developed algorithm to maximise returns on the Poloniex lending market.

MUEgs is the brain child and labour of love of another of our devs Roslinpl.

He is an extremely busy dev, however, the launch is “coming soon” and aims to unite gamers and crypto into one portal.

The white label & prize draw projects are both being integrated into the MUEX.io portal.

MUEX.io is our commercial arm.

Currently offering Forex trading, allowing you to deposit crypto and receive up to 150% initial balance bonuses.

If you have seed nodes set up with MUEX.io you simply point your wallet, not matter what the coin, to nodes.muex.io and our system automatically detects your coin, and provides the correct seed nodes for you to sync.  I’m not aware this has been done anywhere else in crypto.

Both of these will become “pay for” services, with very humble pricing, and also packages available.

MUEX has many more services and apps launching imminently, all utilising our in-house developed “ENIGMA” engine which processes payments (amongst many other things).

MUEX currently offers payments in around 40 coins, and we will continually reach out to other crypto communities for more coins to add, which we do not charge for.

MUEX will be our main revenue generating project, the overall aim being to offer everything the crypto community wants (and are yet to realise they want!) in a single place, whilst maintaining our commitment to MUE which will always receive preferential pricing and bonuses.

In addition to the above projects that caught my idea, are there more projects which

What is the relation between MUE commercial arm and MUE coin? How will MUE holders benefit directly from these projects?

MUEX the commercial arm and www.MUEX.io the cryptoportal have been set up by MUE team members.

MUEX.io is likely to be profitable within the next 12 months.
The driving force for MUEX.io is to offer more crypto services and apps in one place than anywhere else within the crypto space. This will benefit many crypto communities, and also directly MUE, as preferential pricing and extra bonuses will always be available for MUE holders. This should also drive up demand & therefore price of MonetaryUnit.

How can investors invest in MUE today and in the future?
What will be the role of masternodes?
Will MUE offer any master node hosting services?

As we migrate to our new code, many have been accumulating MUE to secure their MasterNodes (MNs) which require a 500k MUE collateral investment.  We expect significant ROI from MNs for years to come.

MNs are looking like a great investment, they also of course play an important role in securing the MUE network, and also are pivotal in the governance and decision making process.

Will MUE ever have a segwit / Bitcoin unlimited or blocksize debate?

No, because the MN voting system removes those barriers.

As the project moves forward we see the potential to offer many more investment opportunities to give investors big and small further great opportunities to get a healthy return & for the MonetaryUnit project to continue healthy growth and adoption.

How many developers are actively working on MUE? What is their background?
What is the motivation of developers to develop this project?

We have a core team of 12.  More details can be found here

We have devs with a huge range of skills and assets:

Many developers work above and beyond any kind of remittance for their work, why?

They were brought here with like minded ideals and philosophy.  Doing things right and for mutual benefit.

Helping to grow something positive and unique.

When people have those motivations, they will commit and give their heart and soul, and that is what our entire team does, and no amount of money can buy that.

Is there anything you would like to add about MUE, not covered by the questions above?

We’ve been here for 2.5 years.  We have every intention of being here for much longer 🙂

How can users find out more about MUE:

We thank the MUE team for the interview.
Any MUE Tips are welcome : 7P3J5cJbYgV8zFGp2f5p6pedRCgXKd7fBg

The Power Of Social Media For ICOs 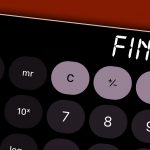 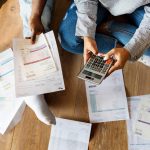 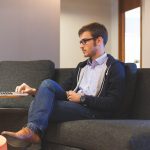