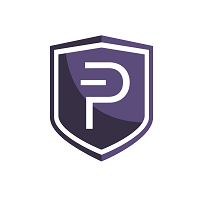 PIVX is a new cryptocurrency which has been rocketed into the top 20 in less than a year. Investors have jumped on the opportunity to invest in a PoS (Proof of Stake) currency which incorporates masternodes. Pivx set of advantages give it robustness in terms of governance and long term stability. In this interview the Pivx team gives us a full and interesting birds eye view of this cryptocurrency.

What are the origins of PIVX?

PIVX is a multifaceted community-centric endeavour in the blockchain tech and cryptocurrency realms. What we mean by that is this:

There are many components of what and who PIVX is and why PIVX was manifested.

To start with the basics though:

PIVX is an acronym for Private Instant Verified Transaction(X).

PIVX was initially launched under the name DNET (Darknet). The brand transition has been successful after the website launch in February 2017.

Ok, so that’s the name. PIVX is a transactional security and privacy-focused decentralized open source cryptocurrency. What does that mean? It means that at its core, PIVX is designed, engineered, and evolving with the best practices and developments to ensure your transactional security and privacy. Ok, so what does that mean? It means we believe that you have the right to exchange privately and securely, without interference from corporatocracy pressures, governmental influences, prying eyes, and nefarious individuals and movements. It means that we believe in this modern age it’s time to allow individuals to exchange and use their wealth how and when they want, with a peace of mind that their transactions are occurring in a rapid fashion, and in a private and verified manner. Launched on Feb 1st, 2016 under the name of Darknet (DNET), after developments and increased community involvement, it was decided to professionally rebrand and officially change the name to PIVX to more accurately reflect the underpinnings of the community ideals and ideologies being hard coded into the cryptocurrency. The main goal of PIVX is to achieve near instant private transactions and a governance that helps sustain the network for the benefit of all of the users involved. While we are well on our way to achieving this, some of the features are under development and should appear in the near future.

PIVX, Private Instant Verified Transaction, is an open source cryptocurrency that is a fork of DASH v0.12.0.x core with a custom Proof of Stake (PoS) code implementation for achieving block consensus.

What is the fundamental difference between PIVX and other Cryptos?

Fundamental difference between PIVX and other cryptocurrencies are following:

Don’t we all wish we knew 🙂  That being said, we are seeing an amazing influx of talent into the community, which is certainly speeding up timelines and opportunities.  The vision – a true common-currency where “power” is distributed amongst the community and not centralized, a coin that protects privacy, and of course some really slick tech developments that make PIVX easier for more people to use.

Why should anyone use PIVX over any other currency?

Well – nobody “should” do anything 😉  Why do we say that?  Well, because we want folks to explore and make an informed decision about what they would like to do. The information is readily available to digest (thanks interwebs) about anything really.  Some folks go off gut instincts, some go DEEP into github and code.  That being said, here are a few reasons folks are adopting PIVX, sticking with the community, and beginning to make it their own:

What is the PIVX Manifesto?

What is the total amount of PIVX coins planned for circulation?

No current max (but please note that the inflation rate is currently set at 2.6 million coins per year, which means inflation trends towards zero).  In 100 years there will be around 300 million coins at the current rate.  That being said, as this is a community governed coin, in theory at some point if enough of the community elected, they could adjust that.

What is the role of masternodes in PIVX?

This is a great question.  There are many roles for masternodes.  We’ll try and outline them here (and we also have a site dedicated for masternodes here: https://pivxmasternode.org/)

What is the ROI for masternodes?

ROI can vary due to the seesaw reward balancing mechanism that is dependent on the number of masternodes in the network.

Real time profitability can be seen from this Masternode Payment Stats page.

What is the difference between the ROI when staking and that of a masternode?

As I understand it, masternodes are hosted in wallets, do these wallets need to be online to earn their staking share?

That’s correct.  The node needs to be online in order to help secure the network and be eligible for a reward.

What happens when a PIVX wallet with a masternode goes offline and then online again, will it lose it’s place in the queue?

Can a PIVX node be hosted on a 3rd party hosting service without losing control of the coins?

Yes they can!  There are a few full service hosting providers available.

Can a PIVX masternode be hosted on a Raspberry PI?

What are some common PIVX misconceptions?

What is the PIVX community in terms of size and attitude towards the project?

This is a wild question.  In the past week, the slack channel has exploded from 200 members to over 1000.  This growth is being sustained by a massive amount of work being done by volunteers and community members all pitching in to help new members with their support issues and questions.

There is an uncanny sense of positivity in the community.  We’ve had numerous folks end up in our slack saying “this is unlike any other crypto community we’ve experienced so far” (or literally say the only reason they started using slack was because of PIVX and the news about the community)

At the moment, no.  That said, come into the slack…you’ll probably end up being tipped a ridiculous amount of PIVX as you get involved.  We’re a crazy bunch of people who believe in the flow of energy.  No sense hoarding everything.  The more we share and give, the bigger it seems this thing grows all on it’s own.

Which features are planned for the next wallet update?

Is it possible to accept PIVX as a form of payment?

We are currently on coinpayments.com

What are the PIVX staking profits?

Well, this isn’t as straightforward as some other coins, which might be at first a pain for some adopters, it’s actually a really GOOD thing it’s not “easy” at first glance.  Here’s why:

Reminder: Remember that we (PIVX) also have Masternodes in the mix with each block.

The majority of crypto currencies that make use of masternodes, split their block reward per block equally between the mining and masternode distribution mechanisms. The intended fairness of this reward distribution can be subverted by the growth of masternodes held by large investors without limits leading to potential centralization of the budgeting system much like having a majority shareholder in a company.

The reward portion is further split dynamically via the Seesaw Reward Balance System between masternodes and staking nodes. The logic is simple in its roots.

This has the effect of making it less attractive to provision more masternodes as it has the potential to significantly lower its profitability compared to staking that has less upkeep cost. This threshold was selected as it would allow a strong network of profitable masternodes while creating incentive for approx. 60% of the total coin supply to be available for staking to secure the network and to maintain liquidity.

Where can those interested in PIVX find out more information?

More information can be found at pivx.org

Aventus: Ticketing Systems On The Blockchain

Top 6 Influencer Marketing Tools To Get You Started