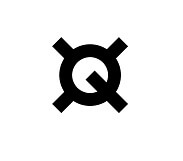 Quantstamp is the “first decentralized smart contract security-audit platform.” Contracts are there to define and protect the rights and the obligations of both parties in a contract. Solidity smart contracts have done so in most cases but not in all of them, according to Quantstmap the source of this challenge is the bugs in smart contracts.

What problem is Quantstamp is trying to solve?

How is Quantstamp solving this problem?

The Challenges of Quantstamp

There is definitely a need for securing smart contracts. Quantstamp addresses this challenge through multiple layers of audit and security, this increases the likelihood of catching bugs.

The success of the ICO depends on the demand for these security audits and the prices at which they are offered.

What do you think about QuantStamp? Let me know in the comments.

Selling Your Startup? 6 Top Closing Costs You Should Be Aware...