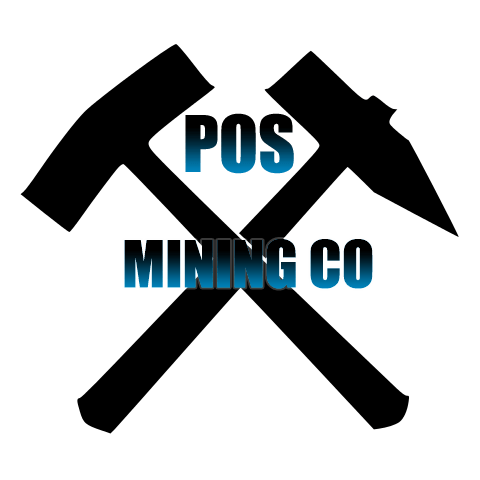 What challenge is StakePool addressing?

StakePool addresses a couple of issues. With POS mining, a lot of people complain it is elitist. The rich get richer. While this is partially true, it can be said the same about POW mining also. What StakePool is setting out to do is pool a large group of people’s money together and purchase POS coins to stake with for optimal payouts. We are also planning on doing this with masternodes.

The biggest challenge we foresee is keeping the wallets full and staking. Network uptime is a key factor. We also need to be on top of payouts for the token holders and which coins are paying the best rates.

How does StakePool turn this challenge into an opportunity?

We only see opportunity. The network uptime shouldn’t be a major roadblock. The team have

been POS mining in various capacities and levels for many years and really haven’t had many issues with uptime. With so many coins to choose from, plus our knowledge of what coins pay the biggest bounties, we expect to hit the ground running from day 1. Unlike most ICO’s, we have the product ready. Our servers are powered up and awaiting coins for staking.

What percentage of the ICO funds will be used to create staking pools and masternodes?

100% of funds. As everything is basically ready to go once we move into the new office in a couple weeks, the funds for launch have been put up by myself personally except for the coins. Anytime you start business, you should have a personal stake in a company. Need to have something on the line that gives you that extra push of motivation. This is something lacking in today’s ICO’s. POS mining is proven. We aren’t reinventing the wheel. We know from our experience this will work and that makes it easy to move forward with our own funds and not those of the investors. Don’t you hate donating to charity and then finding out that only 1/2 of the funds went to the intended cause, the other half paid for the CEO’s company luxury car, private jet, etc. Same principle. If the investment isn’t staking, we are losing money.

Which are the likely coins you will be staking or creating masternodes first?

Assuming market conditions hold, we already have Boscoin masternodes ready for when they launch their wallet, PIVX is a strong contender, I am hearing great things about Exscudo (I haven’t run a node for them yet so needs further data), I have run DASH before and if the ICO does well will add DASH, NEM might be an option too. There are about 20 others currently and the market changes each week.

Will Stakepool will be investing in masternodes as well?

Lawrence Fisher has been POS mining for several years now. Starting with Blackcoin and a Dash masternode, he saw the potential of staking over Proof-Of-Work which many other coins use. Having dubbed POW as Proof-Of-Waste for it’s wasteful processing computations by the entire network, Lawrence began exploring other coins using POS. Before long, he was staking several POS coins and even began pooling other peoples money together privately to enjoy larger rewards.

Kenneth Larson has run and been a part of several masternode operations, most recently a few PIVX nodes.

Does StakePool have a viable product at this time?

Yes, we have the datacenter, servers, and wallets already. Just waiting for the ICO to kickoff and start staking. It was important to us to have 100% of the funds from the crowdsale go right back into staking so we took care of all the boring setup stuff with funds on hand.

We are in production. 1st reward payment goes out in October of 2017 to our token holders.

pre-ICO launches Sept 7. We basically want to make sure all systems a go so it is limited. There is a bonus for the pre-ICO.

The pre-ICO will have very little fanfare. If you want to get in with the bonus tokens, the best way is to add yourself to the mailinglist at stakepool.co Announcements will be made via the mailinglist.

Like with any ICO there is risk with the reward. Anytime you lock up funds

Will Stakepool will be managing masternodes as well?

What is the pre-ICO and the ICO dates?

The pre-ICO has the 10% bonus coins. The ICO has no bonus round.

Yes, the pre-ICO will also have bonus coins.

What is the pre-ICO and the ICO dates?

The pre-ICO has the 10% bonus coins. The ICO has no bonus round. ETH or USD?

How should potential investors evaluate a fund proposing to create stake pools and masternodes?

As far as I can tell, we are the only ones doing this with POS/Masternodes. Whether this is right for you that is up to your risk aversion. Occasionally we will selloff POS coin wallets to stake other more lucrative coins. But this isn’t the norm. The bulk of the profits will come from mining rewards so it will be a steady payout that you can count on. For those that want something flashier, and have more adversity to risk, they can always trade the POS coin on the exchanges.

Will Stake pool consider investing in ICOs whose tokens are PoS?

This is something we have been debating. Take boscoin. They did the ICO several months ago and still 2 more months left until they release the blockchain and ability to run a masternode. So the funds will have been locked up for 8+ months earning $0 for our stakeholders. That is not something we want to put on an earnings sheet. It does seem like when coins are locked up for any length of time and hit the market all at once, there is a massive selloff. I think it will be beneficial to buy at this time. We are still looking at various coins that have done this and seeing what is a better strategy, buy and wait or wait and buy.

Like with any ICO or coin, read the whitepaper and see if this is right for you. There aren’t many ICO’s out there that start paying rewards on day 1. Our roadmap is basically just rewarded payments.

We thank Lawrence Fisher for the interview.

Ways To Improve Your Startup’s Cash Flow In 2021