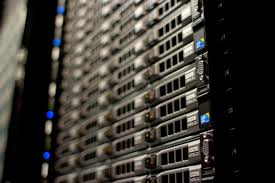 Investments in Cryptocurrency cloud mining can be done in both USD and Bitcoin, but the returns will most likely be in Bitcoin. Thus the ROI can also depend on the Exchange rate between Cryptocurrency and USD.

What is cloud mining?

Cryptocurrency mining does not happen in clouds, it happens on the ground in huge server farms. These farms are buildings which have row upon row of computers.

These computer process transactions in order to obtain a block reward. The block reward is found by mining a block or an entry in the blockchain ledger/database. This process takes a lot of resources to execute.

That computational power requires crypto and computer engineers, buildings, computers and most importantly electricity. This electricity is the main overhead for Cryptocurrency and other cryptocurrency mines.

The more computers there are trying to mine a block, the less likely it is for a single computer to mine a block because there is more competition. This drives down the ROI of Cryptocurrency mining.

Electricity is one of the great overheads in Cryptocurrency cloud mining it is used to power the computers, operate fans to keep the computers cool and filter out dust from the air.

Single Cryptocurrency mining can also be done from the comfort of one’s own home but, there are costs. A miner can stop working at any time, and when it does the ROI goes down. Repairing it requires money, time and knowledge. Its hash rate will not decrease but the competitivity with other Cryptocurrency miners will decrease over time, eventually, the cost of running a miner will become more than its profits.

How to avoid a Cryptocurrency cloud mining a scam?

What are some legitimate Cloud mining services?

Is a new cloud mining service which operates in Austria, one of its main advantages is that it has cheap hydroelectricity powered by the many rivers that crises cross theAlps. Hydrominer’s electricity is cheap because it does not need to consume fossil fuels; water passes through turbines which generate electricity. This gives Hydrominer a competitive edge against other cloud mining services. Hydro Miner’s solution is scalable, the server farms will be housed in containers which house all the equipment, this allows them to easily operate their mining farms efficiently. The whole containers can be sent for refits and upgrades making the process cheaper and faster.

Hydrominer has an ongoing ICO, this means that they have invited contributors to finance their expansion. When contributing to their ICO investors will be acquiring ERC20 tokens, these are managed through a special online wallet. These tokens represent energy, which will be used to mine cryptocurrencies. It will still be possible to purchase Hydro tokens after the ICO, but their price will be slightly higher.

The owners of these tokens will be entitled to the cryptocurrencies generated with this energy.

Is Your Startup Measuring These Top 5 KPIs?