vDice is a Dapp gambling game that exists as an Ethereum smart contract. vDice ICO will give you the opportunity to be the casino or the house in online betting. The clear advantage here is that the house always wins!

This article is aimed at the investors in vDice and not the gamblers.  You can buy vSlice tokens in the upcoming ICO which will be held between the :  Nov. 15, 2016  and Dec. 15, 2016. You can participate in the ICO here: http://crowdsale.vdice.io/

Important to note is that the vSlice tokens can have two states:

Token holders will directly receive profits from the game automatically. This makes vDice tokens the first profit earning tokens in the world.

A GUI wallet will provide a safe place to store tokens, receive notifications of lock-periods and offer a simple point-and-click interface to call the withdrawal function and receive the share of vDice game profits.

The vSlice smart contract is truly decentralised because it is a smart contract on the Ethereum blockchain. There are no servers, no accounts and no deposits held by a third party. The blockchain contains the smart contract rules. The vDice games currently rely on two external services one is a Random number generator and the other an Orcalize service.

According to estimates in the white paper profits from vSlice token can have a yield of 16.88%.

You can find the names and Bios of the developers on the ICO site. This provides some level of transparency.

The funding will be used to further the growth of the platform. Mainly it will be spent on compliance, paying the developers and marketing

The smart contract is the third party escrow.

A full code audit for vDice has been conducted by Peter Vessenes a Blockchain’s Leading Security Expert.

It should be remembered that if a ‘vSlice’ holder fails to withdraw their profits, they will loose their share of the profits during that time period. Locked tokens have two weeks to claim their profits, if they do not do so in the appropriate time these profits will be lost to the network.

Unlocked tokens will not earn any profits.

The smart contract code is open and can be copied. vDice could also be forked. While such a fork is possible in theory, its follow through is difficult to implement. One can take the example of the Etherum fork. A cryptocurrency is not only about code and development it needs an organisation to make it work; a trustworthy brand, developer teams and legal compliance.

Etherum smart contracts have been hacked before and so have websites. It is possible that the source of the random numbers  or interface between it and the smart contract are hacked.  The hackers would then be able to select the winning numbers. While this is a possibility it is actively mitigated by the vDice team, through intense testing. There are a series of other fail-safe mechanisms that stop the contract leaking the funds held in them.
So, even if they are compromised in some way (the random number source for example) the hacker couldn’t ultimately get access to the funds for actual usage.

One needs to take this threat into context, vDice has been “out in the wild” and is one of the longest running, live Dapps. in Ethereum; connected to the main network and actively processing transactions on the blockchain, every day. If it had to be hacked most likely, this would have already taken place.

Theoretically the house can go broke, however given the winning ratio is embedded into the smart contract, I fail to see how this can happen.

The vDice mission is to provide a platform for the best gambling Smart Contracts, on Ethereum, it has the first mover advantage over other platforms that will come in the future.

The vSlice token will be a unique token that will power vDice and all future games on this gambling platform.

You can already invest in vSlice gambling however, the Smart Contract only allows for 10 investor spots per Smart Contract. There are no other investors after the 10th. If there are 10 investors and an 11th comes along with a higher amount, then he moves into the top 10 and knocks the number 10 out of their spot on the Smart Contract. The smart contract returns the investment to the 11th investors and the ones with lower amounts automatically, including any profits they earned while they were in the top ten. Owning a vSlice token you will always give you return on your investment and you do not need to be one of the ten highest investors to make a return.

vDice’s long-term plan is to become the Android of gambling. They plan to select and host third party gambling games under their brand. This gives the Dapp (Decentralised App) developers a ready-made platform, a customer base and a brand with which to give exposure to their gambling game. It would allow vDice and the vSlice token holders to profit from the new games.

The team behind vSlice is testing the best way to publish vDice accounts. This would an added level of transparency to the project.

1) You can invest in vDice contracts

2) Participate in the ICO. http://crowdsale.vdice.io/

Why Remote Workers Are Ideal For Your Startup 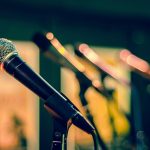 Raise Money For Your Startup With These Elevator Pitch Tips

Raising money to get your startup off the ground is often the most significant impediment for your growing venture on the path to securing...

Taylor: Crypto Trading For Everyone

Raise Money For Your Startup With These Elevator Pitch Tips