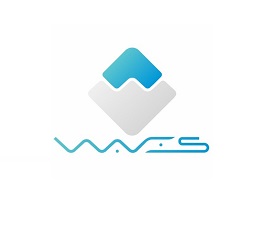 Waves has surged astronomically, today it has the 11th highest market cap of all cryptocurrencies.

Waves can create it’s own sub-tokens like Ethereum can with the ERC20 tokens. They can be used to represent any asset or a fraction thereof.  It only costs one wave to create a Waves sub-token and Waves transfers cost only 0.001 Wave. Waves wallet can be run from your browser, and it has many features such as Waves leasing.

How is Waves different from Bitcoin?

Bitcoin and Waves are 2 completely different currencies and cannot be compared in my opinion. Waves actually isn’t a currency at all, it is a Blockchain-powered customizable tokens platform.  Here you can crowdfund your projects right on the blockchain. Create your own custom tokens which can be transferred, swapped, and traded on the integrated (in-wallet) decentralized exchange.

What makes Waves different from other cryptocurrencies?

There are several decentralized exchanges, but all are pretty slow. The decentralized part makes trading un-usable slow and no real competition with the centralized Exchanges (such as Bittrex and Poloniex). Waves uses a slightly different approach, as they use decentralized transactions with a centralized matcher.

This centralized entity matches the orders directly and those are transferred within 1 minute. Trading feels almost instant this way, just like an ordinary centralized Exchange, just without the risks a centralized exchanges comes with.

Where do you see Waves going in the next 18 months?

There is happening a lot in Waves, the team is constantly growing and progression is almost hard to keep up with. Weekly updates about new cooperations, new technical solutions that are being integrated. It’s hard to predict 6 months up front in crypto, let alone 18 months.
But I have a strong belief in the Waves platform myself, that’s why we have such a strong position in this whole community.

What are the incentives to lease Waves to a node?

If you have Waves in your portfolio you can keep them at a few places. On a centralized Exchange (Bittrex for example). When Bittrex would get into trouble, you have the risk of losing your funds.

You can also keep them in the Waves lite-client, and while they are there you have the ability to lease them to a big full node.

Leasing your tokens increases the ‘mining’ power of the full node, allowing them to generate more Waves and other assets by mining more blocks. The good thing is, the Waves never leave your wallet. It’s just leasing them out to give the node of your choice a bigger share, and more mining power. Most full nodes pay out the earned fees weekly, based on the number of Waves you have lent out to them the rewards are shared proportionally.  And (best of all) while leasing, your Waves still count for getting airdrops of free tokens on the Waves platform.

So I think it’s safe to say, it is best to keep your Waves in the Lite client and have them leased out to a full node.

On what basis should a Waves node lease to be chosen?

That’s something one should decide for themselves. But the track record is important, as is transparency. Best is to look for a node that has a website on which they explain their shares when they do their payouts. Also them not being anonymous would be a plus I would say.

What are the benefits to lease Waves to Wavesnode.net?

We are running at the Waves platform for over a year now, even when the full nodes weren’t released we’ve helped the team developing the code and weeing out bugs on testnet.
So our experience would be a plus I would like to say, besides we have our own coin, Wavesnode.NET (WNET) that has some nice extras to it. One of them is owners of WNET being able to buy cool items on our continuously growing webshop.

We are selling Waves Merchandise, but are expanding the items monthly. Lessors get free WNET if they lease with Wavesnode.NET, as we share 40 WNET per mined block with our node.

What are the incentives for Wavesnode.net to run this service?

LPOS gave us, combined with our popular Twitter channel, a nice boost in the amount of Waves we have running on our node. We’ve been in the top 3 of the Waves platform since the start.

Being active on Waves Slack, Telegram and Twitter made our clients see our hard dedicated work, which helped us to grow to the place where we are now. Based on the huge fan base we have reached a successful place in the Waves platform, giving us the opportunity to build nice new things on the Waves environment.

Currently, we are focussing on our webshop and we are providing services to startups at the Waves platform.

Our work contains taking technical work out of our client’s hands and providing them with a trustful partner to work with at the Waves platform.

Clients will have their peace of mind, letting Wavesnode.NET handle all the technical work needed, making their project a success at the start and in the future. Making all this a success gives us a boost, and as Waves grows in the future, we hope to expand our services and work too.

What is the expected ROI with Waves Leasing?

That’s hard to answer, I’ve been getting this question a lot.
Currently it is not very high but we’re about to see WavesNG soon, WavesNG will make the number of transactions per second increase massively.

So more transactions means more fees to be shared as revenue.

What are your areas of interest at this time in the CryptoSphere?

Last 1.5 year was mostly about Waves for us, we are miners since the early days.  Rob owned a few mining pools in the past and we are both still running some miners on some interesting Proof of Work coins.

What is the most interesting news/code/functionality you have seen in the CryptoSphere recently?

It is nice to see some decent new ideas in the crypto environment. This whole crypto community keeps evolving at high speed. Projects based on smart contracts, decentralized storage, websites on the blockchain. The list of innovative ideas gets longer and longer, and as we’re getting in touch with some really nice startups on the Waves platform we’re getting more and more excited about the crypto future. It’s a real pleasure to be a part of this bright new future!

We thank  Jarno Hogeweg for the interview.