Wings is a DAO designed to help launch and manage DAOs. It will facilitate selection, launch, governance of new DAOs. According to Stas Oskin ( CTO at ChainLab & Core Dev at Wings Platform) “As opposed to The DAO, Wings is a platform for creation and management of a DAO, a kind of a Kickstarter for DAO’s.”

100 million WINGS tokens will be distributed during the ICO, of which 75 million will be reserved for the DAO and 25 million to the referral and advisory bounties.

As a platform Wings will enable new DAOs to be launched, funded and managed more easily and transparently. One interesting twist to this is that DAOs will need to compete for attention with other DAOs being launched on the Wings platform. This will make DAOs easier to compare with other DAOs. Their features and relative competitive advantages will become more evident to would-be investors.

How to invest in the Wings ICO:

Site: Wings.ai
Start: Start 18th November 2016
How much funding is the Wings DAO aiming for:

Wings are planning to collect 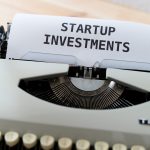 Once you have crossed from the initial business idea phase and you need to set up shop, the next thing you face is financing....